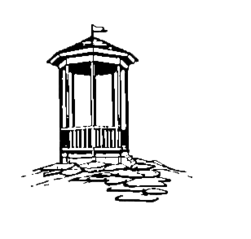 The original development, known as Lost Bridge Subdivision, was a 1000-acre resort located on Beaver Lake, five miles east of Garfield, AR on State Highway 127, created by the filing of the Protective Covenants in Benton County on Oct 18, 1967. Eugene Maier, Chairman, and Sherwood Crane, President of Crane-Maier & Associates, were active in the development of resort properties for many years in Texas. In 1970, Crane-Maier & Associates Inc. of Houston, Texas purchased the original development from the Colvin-Gainer Corporation. In 1971, Max Bodine was appointed to the position of President of Lost Bridge Village, Inc. Lost Bridge Village, Inc. was a planned resort retirement community with full services: paved streets, water, electricity, phone, waste collection, recreational facilities and property deed restrictions for protection of home investments.

In 1971, the Lost Bridge Village Community Association Inc. was formed under the laws of the State of Arkansas to promote the health, safety and welfare of the residents and owners of real estate in the development. Association members are the property owners of land in Lost Bridge Village. Incorporation bylaws are recorded in the deed records of Benton County, Arkansas.

In the fall of 1978 Lost Bridge Village residents were instrumental in the establishment of the Northeast Benton County Fire Department(NEBCO). The Developer donated an a1l-steel building for erection on a property donated by Village residents, Dr. and Mrs. Hubert Myers. The erection of the building was accomplished with the help of many residents in the Lost Bridge area. NEBCO Volunteer Fire Department was located on Posy Mountain Drive just off Highway 127. The equipment housed in this facility included two self-contained pumper trucks. The fire department has since grown to the point where this original building is now a Sub-Station (#2) and the Headquarters Station is now located in Garfield, AR.

As the result of the work by a group of concerned residents, a volunteer Security Patrol was formed in 1978. Over 60 volunteers signed up for security patrol duty at Lost Bridge Village. This program was developed with the cooperation and support of the Benton County Sheriff’s office. This has been a very successful program.

In 1982, a group of Association members were instrumental in the organization of an area Volunteer Ambulance Service. The Northeast Benton County Volunteer Ambulance Service (VAS) covered an area from Gateway, AR to Avoca, AR. The establishment of this health service is another example of the Association Board of Trustees efforts to provide for the welfare of property owners in Lost Bridge Village and area residents in Northeast Benton County. Ambulance services became operational in 1984. Headquarters for this service are located next to the Northeast Benton County Fire Department in Garfield, AR. (In 2010 NEBCO Fire-EMS was formed to absorb and replace VAS)

In 1985, a new swimming pool was built by the Association to replace the original pool given to them by the Developer. Because of the growth of the Village in new homes, the Association Board of Trustees determined that a new and larger pool was needed.

In the following years to the present time, the Association has assumed all of the obligations for the maintenance of and improvements to the Village common properties. Roads have been maintained with the assistance of the Benton County Road Dept.

Our Architectural Control Committee has done an excellent job of setting standards and following up on all construction in the Village to assure compliance with recorded deed restrictions.

Lost Bridge Village is not an incorporated community. The Association has the responsibility of providing for the health, safety and welfare of the property owners of Lost Bridge Village. This is accomplished by a Board of Trustees elected by the property owners. Each Trustee serves a three-year term of office. The Board of Trustees consists of seven members. All duties of the trustees are assigned on a voluntary basis. Each trustee is responsible for a specific area of support to the community i.e. roads, recreation, social, legal, etc. Volunteer property owners assist the Trustees in the performance of their duties.

It has been, and will continue to be, a “GREAT PLACE TO LIVE”.